In 1984, under the auspices of the Jazz Section and with the great support of this active and flexible organisation, I organised a project bringing together a collection of artworks under the title Minisalon. Most of the artists involved didn’t have the chance to exhibit at official galleries, and interesting exhibitions shifted to the outskirts of Prague and the countryside; exhibitions took place in flats, attics, studios and the countryside. The idea of organising a major exhibition or survey spanning the full spectrum of artistic expressions wasn’t a realistic one. I tried to fill this gap as far as it was possible by sending out wooden boxes 15 x 15 x 15cm to artists and inviting them to create a work in their little box on a freely chosen theme. I approached the choice of artists with due tolerance in order to cover the entire art scene of the then Czechoslovakia. Out of those whom I contacted, the vast majority took part, and to my mind there consequently came into being a unique collection of contemporary art in a small space as a reaction to the conditions of the day. The ultimate success of the project was helped by the flavour of adventure, defiance and illegality that accompanied the entire event and, to an extent, possibly even inspired it. The prepared exhibition of the whole set of works didn’t take place at that time; police pressure on the Jazz Section grew, and its committee was jailed. I hid the entire Minisalon collection safely, only working on its definitive form after the Velvet Revolution of 1989. Accompanied by a comprehensive catalogue, the Minisalon was first presented to public in 1992 at the Nová síň Gallery in Prague. Ten years after the collection came into being, an exhibition tour of the USA lasting almost three years took place. The Minisalon was exhibited in Brussels, Indonesia and Paris. Václav Havel was the patron of the project. The entire series of works clearly demonstrates the energy and enthusiasm of the then parallel culture, and in a minimum space it provides direct evidence of how art lived at that time. 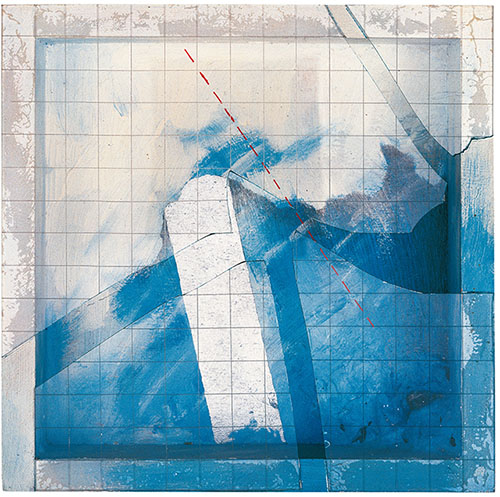 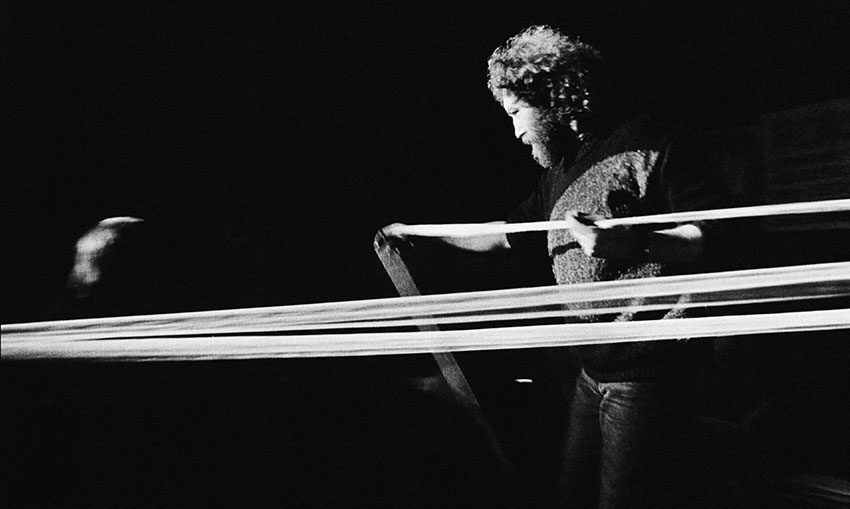 attempts at movement in culture and thinking


As part of the theatre festival Theatre in Motion III staged at the Divadlo na provázku theatre, I realised an art performance dedicated to all political prisoners wrongly jailed in Communist Czechoslovakia. Under the title ‘Attempts at Movement in Culture and Thinking’, this solo art performance of mine took place in 1987 at the Capuchin gardens in Brno. It was only repeated once, at the well-known Na Chmelnici club in Prague a year later. At the beginning of the art performance, visitors were given postcards specially printed for the occasion. These postcards contained the addresses of prisoners with the request to send them greetings. In a defined space, I wrote the meaning of the words culture, idea, attempt and movement on cards. I then sprayed a red path through a kind of jumble of Communist newspapers full of ideological phrases. In the corner where the newspapers led, I tore them down and a cage with an imprisoned figure appeared. Through the bars, I tied bandages to the figure and gave the ends of the bandages to the onlookers. It wasn’t possible to help the prisoner by pulling the bandages, but to my satisfaction the viewers eventually overturned the cage and freed the figure. Two masked musicians played a specially composed piece accompanying the whole of this artistic performance. The performance lasted an hour. 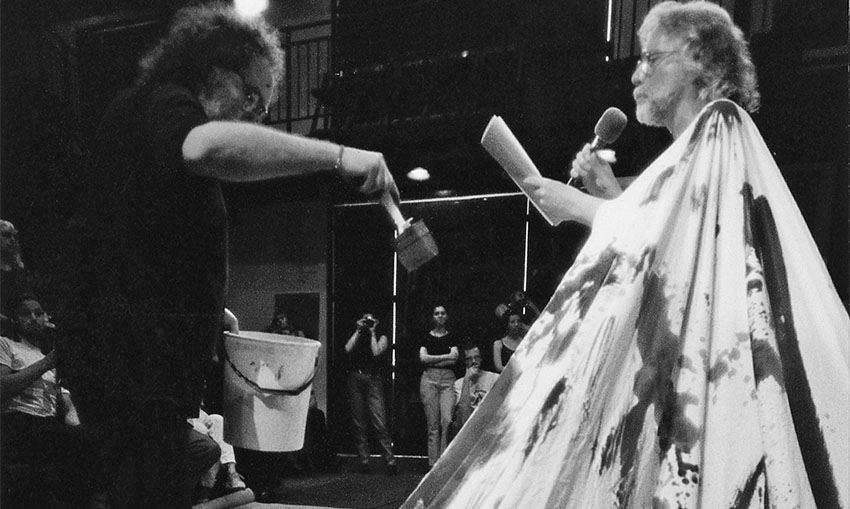 
Following many intense working discussions, there gradually emerged the notion of a loose creative association called Open Dialogue. Its aim was to develop free artistic life in dialogues, discussions and the mutual confronting of creative work. Through a broad variety of multidisciplinary culture festivals, joint exhibitions – dialogues between works from the fields of art, literature, theatre and music – and other newly discovered kinds of events, Open Dialogue’s activity was intended to transcend the boundaries between individual creative disciplines, types and divisions of art, reaching out to society and thus creating space for free thought and communication. Open Dialogue didn’t recognise countries’ borders or the barrier called the ‘Iron Curtain’, which is why it wanted to provide the inspiration for developing working contacts with artists abroad, continuing contacts established earlier and establishing new ones. After another year of intense preparation and activity, Open Dialogue was symbolically signed on 8.8.1988 and publicly announced in October 1988 during a week-long event called Open Dialogue Days staged at the University Club in Brno. At the time of the final convulsions of totalitarianism, five evening-long ‘Dialogues’ took place, in complete freedom, in a space transformed into an ‘exhibition environment’ (retrospectively called the Drugstore – Reduced Goods gallery), combining philosophy, literature, classical and rock music, theatre and film with visual art. The sole participant from abroad was the Japanese dancer and performer Min Tanaka. A similar event due to be staged in a club on Pařížská St, Prague, was banned by the Communist authorities, and when this ban was ignored, it was prevented from happening by the police. In 1989, a series of events was subsequently organised, a representative example being the June performance at the J Gallery in Nový Jičín, where, during the opening of his own exhibition and accompanied by the music of Jim Čert, Joska Skalník transformed Petr Oslzlý, reading the Open Dialogue Statement, into a live painting-sculpture. The largest international Open Dialogue meeting was held in early July at the Prague Exhibition Grounds, accompanying the Mir Caravane international travelling theatre festival. The free territory of this ‘dress rehearsal’ of culture’s strength prior to the ‘great event’ of the Velvet Revolution was screened off from the surrounding totalitarian world by huge pictures of ‘skies’ by Joska Skalník, dozens of metres long and three metres high. Open Dialogue subsequently involved itself in its largest social outreach event by co-founding Civic Forum in November 1989. 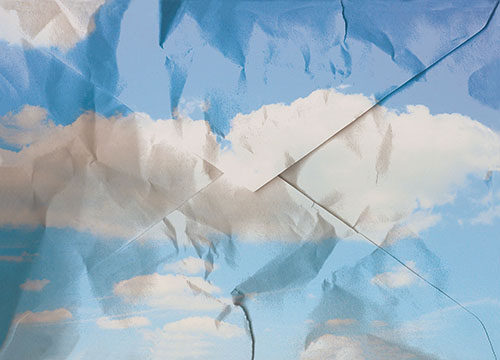 
Collage became the basis for expressing more complex themes in Skalník’s postcards. The classical postcard format, a medium for sending recollections and wishes established by habit, in this case served primarily to express reflections on current feelings, reactions to relevant experiences, commentaries on situations or the communicating of various appeals and aspirations. The artist says that this series represents his personal statement on the past 24 years, and it isn’t over yet. The chronicle of a complicated period at the turn of the century and millennium has, through this unique visual presentation, maintained the ability for further development. Among the reasons for this, there is also the fact that as part of research into new means of communication and interpersonal understanding, it has given concrete form to a general interest in so-called correspondence art, nowadays sometimes called mail art.